Made in Australia. The tone is somewhat dull, but it can make great sounds when you use it to hit other objects. It has a bit of a twig at one end and is generously barked. We have more whistles than you can poke a stick at. This is the stick.

Stick emerged from behind his hastily assembled wall of goons after I explained,

"No, the shop is not infested with dawgs! And - no, you will not be in danger of being "fetched". 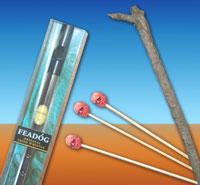 Stick sits in for a portrait. 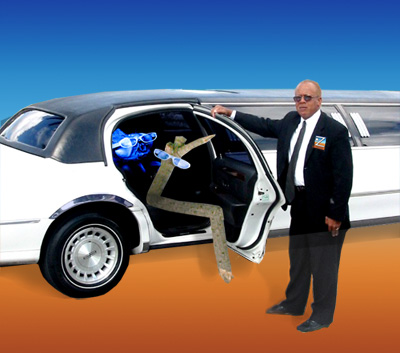 On location; Stick pauses to glower at the paparazzi before leaving with a "friend"!"

Stick press conference. Although Stick has been very busy lately, our reporter managed to corner him between shoots for this quick interview:

Q. We've noticed you've found it necessary to hire a small army of goons. One is even chauffeuring your Limo?" 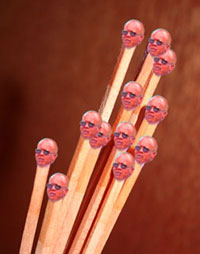 That will do the trick! What next ... hmmm I know! I've still got this camera"the goons extracted from that nasty little paparatzi type. Perhaps there's some good shots. Now .. If I plug this thingy in here .. hmmm ... and press this button .."hmmm" .. whoa! Lookit! Ahhhh .. delete this one, definately THAT one! Keep this ... oooh - I'd forgotten that - delete - keep, keep, delete . I'm getting quite dizzy - the freedom of it all!!" Mwa ha HA!!! "Concentrate Stick! hmmm .. That's nice. Hmm nice. Should be enough for a little galleree-cum-travelogue al-la-Stick! Where's the upload button? Ah .. here we go then! The WORLD! According to STICK!!! This is moi last year at the Bellingen do. I was hoping to get a few moments with that nice blonde Reviol, but got way-laid by the shepherd's whistles - such characters! The party went late and all my way. Heh -" no photos for that! 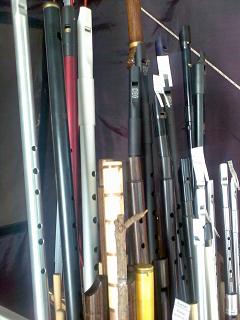 "OK .."Next! Oh, yes that! Let"me explain about that. You see,"my agent"thinks it's "way cool dude" to have me pose with notable players around the place. He thinks he can "enhance my reputation" and get some kind of "comedic" angle on his whislte-biz. But I ask you - do I look even slightly impressed here? I am SOOOO laughing (NOT!!!). SOOOO undignified!!"These days I hide whenever some big-nob player is about! 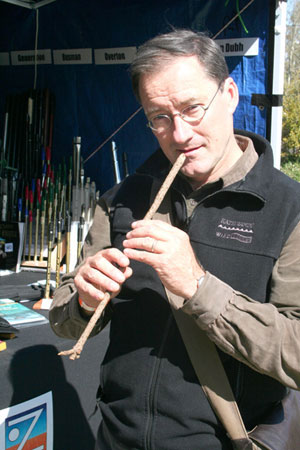 Oops!! Spmeone's coming - be back soon! Coast is clear and ON WITH THE SHOW! OOOOH! I like this pic! It's like a chorus line! And also the way I buy my goons! 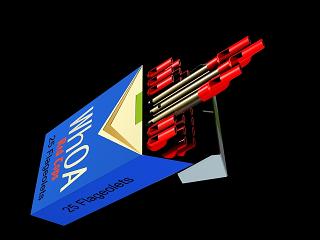 Here's a Woodford shot. I like this one - she can't decide between moi and that slinky Reviol F! Hold me flute-wise baby! 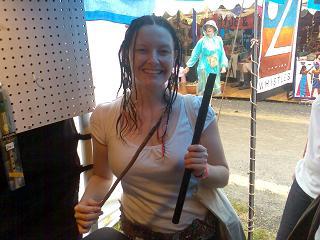 You know. Wherever I go, I seem to cause a stir! They can never get enough Stick! Woodford again - what a blast!!! OI!!! What's that goon in the background doing out of uniform!!! He is SOOOO FIRED!! 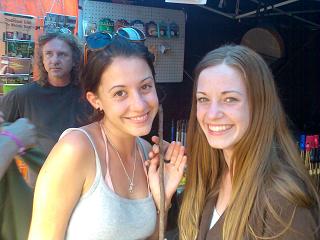 Woodford, once again. What a time I had there!! You know, festivals are divine for opening the mind! Here's one of the one and only Stick over at the drum tent getting aquainted with some exotic percussive types. We got along famously! And they taught me some rhythms I'd never dreamed of!!! 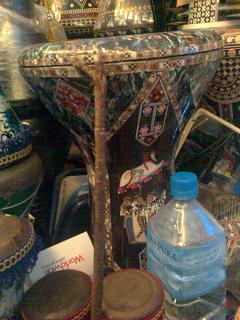 Back with more soon!!!! Back!!! I know you've missed moi, but I'm a busy stick you know - gotta share the glow and all that! I think I'll throw-in the rest of the Woodford snaps and move on through the year that was 2007. What a year! This is a very unflattering shot of moi on-the-job, hobnobbing with the hoi-palloy on-duty, as it were, for my slave-driver of an agent. It's not all bad though - how ever else would my fans get to meet the great Stick in person! Still - all those little Feadog and Clarke girls with their heads in cellophane hygene-wraps - I can never understand what they are saying! It's all muffle, muffle, muffle. and theyt chatter incessantly! I can't tell if they're saying "Oooh Stick, you are sooo tall and impressicve!"We love you!" Or "Can I have a bit of a pollish? - I think that punter just put a finger-print on me!! EEEEuw!". Still that's about all they ever say so it doesn't realy matter - I just smile and wink. Works every time! 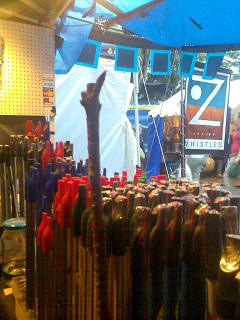 The worst about festivals is that my limo has to stay at home in the garage and I have to get about on foot! The indignity of it all! Woodford should be re-named "Wetford"! Here I am, trudging about in the rain with nothing but my Yves St Laurent raincoat. It's hard to stay suave in the rain! (But I think I manged it quite well - it takes a REAL stick to make it look"look this good!) 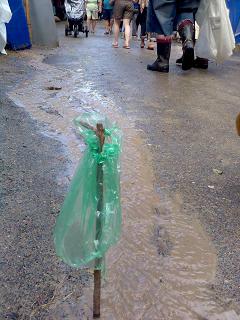 Then off to the sesh! Here I am at the drum-tent session Groovin' with the beat! There were 4 or 5 other players there - but the shot shows all"the important bits! My friend Didge there was having a good time too!"I'm wearing"a Lisa Ho scarfe that I found laying around the neck of a sweet little cheapie at the previous photo-shoot. Fleuro orange is so dashing, baby! Most the time I just let my scar get the light. I'm fostering my rough-and-ready travel-worn image (all offers welcom, talk to moi agent!). 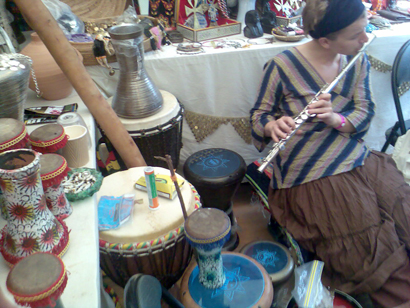 Every stick has to take a little time off. In between all the appearances, location shoots"and signings, yadda yadda! Lemme tell ya, the life of a famous stick is not all beer-and-skittles (or was that champagne-and-limo-parties! Ha!). I have to say, the back view of the fame game shows none of the glitter and glamour! 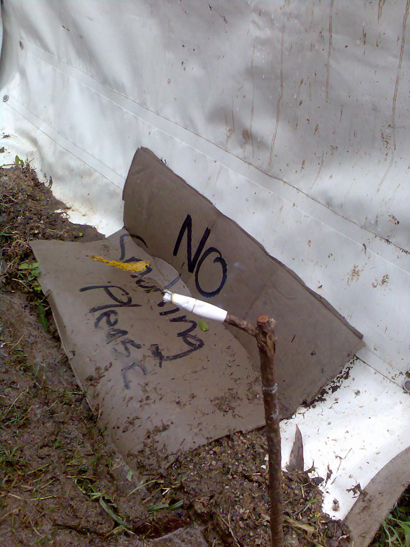 Gotta go now! Be back soon with some more of my THRILLING exploits! Stay tuned! Ciao for now! Mwa!!